* CORONAVIRUS UPDATE: Given the current situation, store trading hours will vary. Please check with your favourite store directly to see when they are open.

The Tennyson Ward comprises the suburbs of Chelmer, Graceville, Sherwood, Corinda, Tennyson, Yeronga, Fairfield, and Yeerongpilly and parts of Annerley and Oxley.

Councillor Nicole Johnston
Nicole Johnston is the only Independent Councillor to be elected to Brisbane City Council in 60 years. Nicole was first elected as the Councillor for Tennyson in March 2008 and re-elected in 2012 and 2016. Nicole grew up and was educated in Brisbane, studying Law at QUT and Arts at the University of Queensland. Nicole has also completed a Masters in Public Policy. Prior to being elected to Council, Nicole worked in corporate affairs holding senior management positions for two publicly listed Australian companies, Leighton Holdings Limited and FKP.

Nicole lives in Sherwood and is an active member of and volunteer for a number of local community, sporting and environmental groups as well as an advocate for local schools and kindergartens. Nicole is currently a patron of the Graceville Croquet Club, Stephens Croquet Club, the Centenary Theatre Group and the Sherwood AFL Club.

Nicole is currently a member of the Field Services and Environment and Parks and Sustainability Committees. She has previously served as Councillor Assisting the Lord Mayor, Deputy Chairperson of Brisbane City Council, Deputy Chairperson of the City Business and Local Assets Committee and as a member of the Public and Active Transport Committee. Nicole actively promotes local events, news and activities in the Ward via her monthly enewsletter. To sign up, visit her website or email her office. 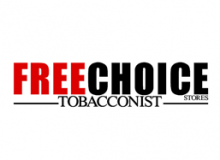 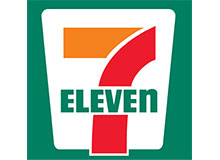 Win a 5 night stay at Intercontinental Hayman Island for you and a friend!